If I had been superstitious enough to visit a fortune teller a few months ago, and if they were to somehow manage to accurately predict our current situation, I would have most certainly called them a fraud and asked for a refund. And yet here I am, on self-imposed and state sanctioned social isolation in Malta, jetting back and forth between the living room and my home office, trying to decide whether to vacation on the balcony or the roof, and spending the little free time I have left on social media. Provided that I manage to avoid all the fake news regarding drunk elephants in China and white dolphins in Venice, a quick scroll through the varied newspapers and social media sites reveals a number of possible outcomes; I read about scientists scrambling to find some cure in the form of a vaccine, reports that the situation would have subsided by mid-summer 2020, or others stating that we may need varying degrees of social distancing measures for months or even years. More interestingly, some seem to be speaking of the ushering of a “New Dawn,” characterized by an increase in environmental awareness or a rethinking of our respective healthcare or political systems.  While I sincerely hope that at least some of these come to fruition (especially the one involving drunk elephants if I may be honest), I am at the same time skeptical about advancing any premature prediction regarding our current situation and future prospects, and I am not even sure I can do so. With this caveat in place, in what follows I shall however still attempt to impart some provisional thoughts on what the current situation might mean for ontology.

Following the Novel Coronavirus outbreak, we’ve often heard talk of how we have “destroyed Nature,” and that we need to “save Mother Nature” since “we are ultimately part of Nature.” Hidden behind such assertions lies the tacit assumption that there is either a fundamental chasm separating humans from nature (hence the claim that we alone need to save “Mother Nature”), or an essential relational bond between humans and nature (hence the claim that we are intertwined with Nature).  I am however ultimately of the view that both these positions are deeply problematic, since both implicitly start off by assuming that there are two and only two different kinds of entities, namely humans and everything else, and that these two entities either need mediational bridging (as is the case with the former position) or are always already conjoined (as with the latter).

For reasons which shall be explored in a moment, the contemporary philosopher Graham Harman calls such positions “onto-taxonomical.” I hold that our current situation serves to highlight the need for an abandonment of such forms of thinking, together with a reconsideration of not only our specific position in relation to “the World” or “Nature,” but also the very status of the latter as something which is all too often treated as either a locus of resistance and affordance to humans alone, or as that which simply serves to mediate human relations.

If “ontology” is a branch of philosophy which involves the study of being as such, and if “taxonomy” refers to the science concerned with the classification of entities of a particular kind, then Harman’s neologism “onto-taxonomy” combines both these senses together, in that it critiques the deeply entrenched tendency to postulate a categorical difference – or taxonomy – between different ontological domains; one reserved especially for humans and their products (culture, creativity, and technology), and another reserved for everything else (nature, the world, or things). All onto-taxonomic thinking may be understood to proceed in the following manner: it first begins by clearly demarcating the supposedly outstanding traits of human beings. One may think of rationality, speech, the ability to inherit a culture, create technology, tell the truth, or repress as examples of such supposedly unique traits. From this, onto-taxonomical thinking then progresses to the unwarranted inference that such apparent exceptional features ought to bestow human beings with an extraordinary ontological status which serves to clearly demarcate their being from that of all other existents. Onto-taxonomy is therefore anthropocentric in that it assumes a strict categorical difference between humans and everything else. I shall here build on the work of Graham Harman who, throughout his multifarious publications, offers three interrelated solutions to such form of thinking. I hold that these proposals can help to think about our current situation, and therefore, in the remainder of this short article, I shall follow Harman in offering a number of interrelated suggestions which might contribute towards forging a path beyond onto-taxonony.

Overcoming onto-taxonomical thinking first entails adopting what may be called an “ontologically democratic” view which does not begin with the premature assumption of any categorical distinction between the domain of the natural and that of the technological and cultural. Stated differently, there is no overarching holistic super-entity called “Nature” to which humans are opposed or intrinsically interconnected with. Instead, being is entirely composed of unique and singular emergent existents. Each of these entities constitutes the ultimate yet open ended basis of reality, and every single one of them harbours an irreplaceable reality which impacts its surroundings in its own unique and often unpredictable ways. “Post-coronial” ontology should therefore be democratic, in that we should primarily resist the philosophical temptation to look at the environment as something which is merely complementary or antithetical to the human. Rather we should see it as composed of a decentralised and loose alliance of interrelated heterogeneous entities, with each of these maintaining a degree of vitality and surplus beyond the current context within which it operates; after all, each particular entity can – and often does – break from old alliances and form new ones even when humans are nowhere to be seen.

Another proposed move beyond onto-taxonomical thinking might be dubbed “ontological accretionism.” The latter entails the rejection of the rigid distinction between unified natural entities and artificial composites postulated by classical philosophers such as Aristotle. As opposed to premature separations between entities which are one and many, “ontological accretionism” involves the view that every entity is simultaneously both an infrastructural unity and an aggregate sum of parts. To take just one example, a virus is to some extent autonomous from its relation to, say, its host. After all, this is the reason why it can always shift into an utterly different context without it becoming something entirely different. Nevertheless, the virus is itself also fashioned as a relational composite of relations between its internal elements. This, in my view, holds true for every sort of entity. Furthermore, we can also claim that entities can enter into new relations, thereby forming new entities which are paradoxically both composite and unified. Once again, the case of a virus proves to be a good example, especially if we consider that an “infection” may be considered to be an emergent entity formed through a combination of host, virus, and so forth. What “ontological accretionism” shows is that there is not a “two-world” difference or basic relation between humans and the world, or the social and the natural. Rather, the environment is multi-layered, composed of an endless variety of rich and complex strata of entities which at once both emerge from their composite parts, and go on to form new emergent entities through alliances with other things. 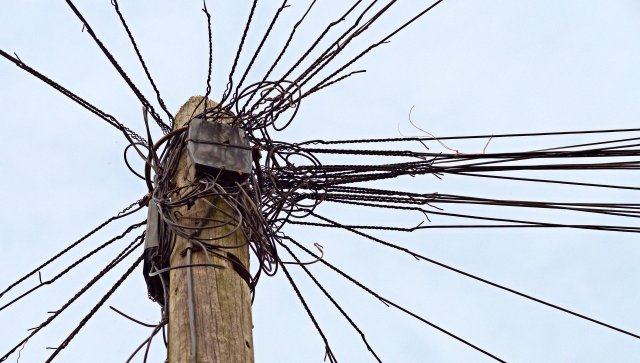 Finally, it would be possible to advance a third claim against onto-taxonomy which can be dubbed “non-reciprocal entanglement.” The latter entails the view that entities populating a given environment are often entwined with each other, forming loose yet powerful alliances. Yet it would be important to emphasise on the fact that such entwinement does not entail that they are holistically interrelated, and that they are therefore reducible to their sum total of relations or actions. This is because elements in a given system are always entangled in an asymmetrical manner. It may be true that some entities form deeply enmeshed symbioses, but this does not always occur. For instance, while a virus is thoroughly dependent on its host for its survival, the converse does not hold.

To Conclude, I am of the view that our current state represents the proverbial “exception that proves the rule” for ontology, since it serves to highlight certain features of our world as well as certain unwarranted assumptions about it. More specifically, I hold that a proper evaluation of this situation requires rethinking the status of entities as doing more than simply resisting us or mediating relations between us.